Carmen is an Opéra-Comique in four scenes by Georges Bizet, to the libretto by Henri Meilhac and Ludovic Halévy, based on the novel of the same name by Prosper Mérimée. Bizet participated in the libretto, and also wrote the words to the famous habanera L’amour est un oiseau rebelle. Initially, the opera was not particularly well received, so much so that Bizet, who died three months after the premiere, did not witness its success. “This music is fiendish, refined, fatalistic: despite all this it continues to be popular - it has the elegance of a race, not an individual. [...] Has the stage ever seen more painful tragic accents than these? And in the way they develop! [...] Without the falsity of grand style! - and the music treats the listener as intelligent, almost as if he was a musician [...]. Finally, love translated back into nature! [...] Love as fatum, fatality, cynical, innocent, cruel... and thus nature!” (Friederich Nietzsche) 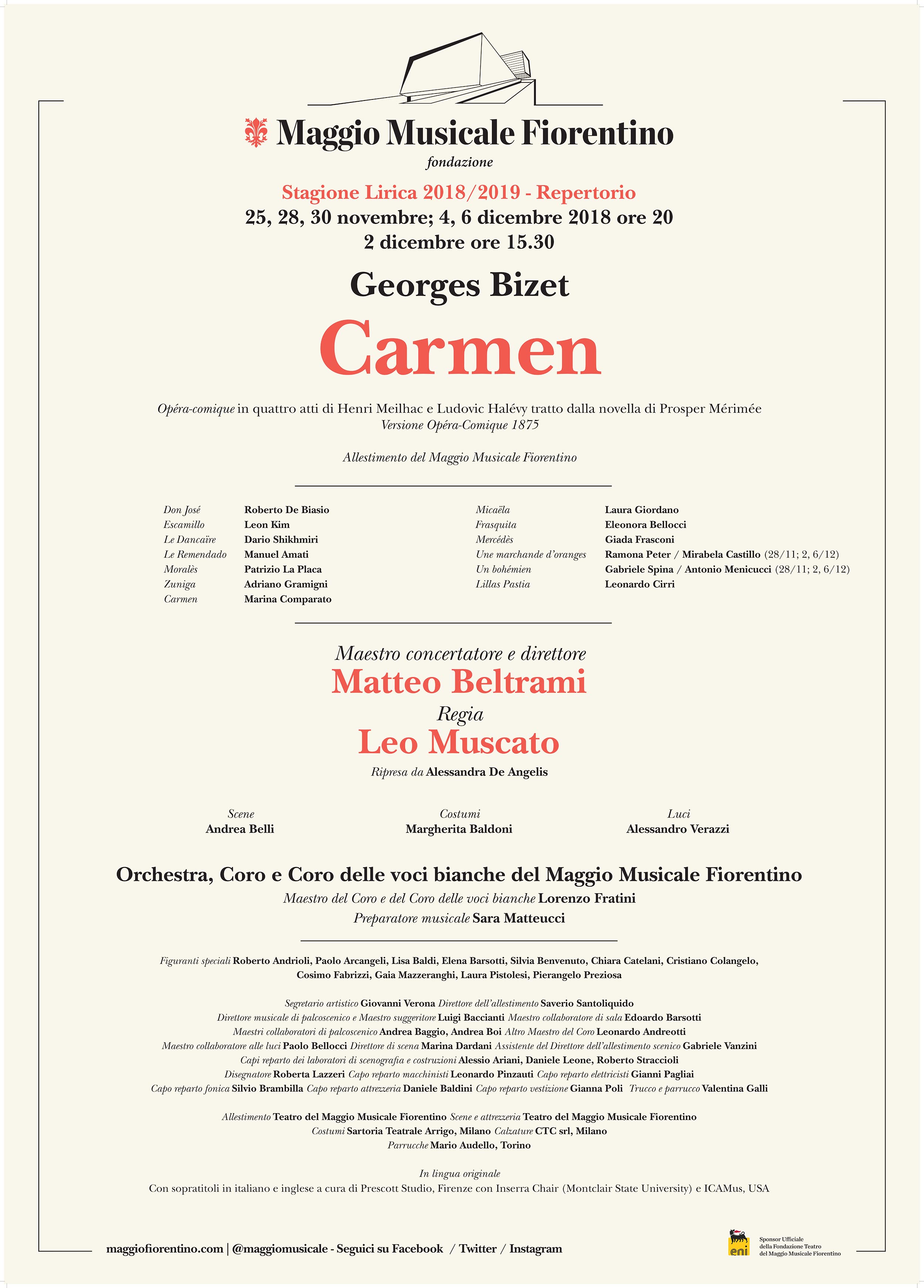